You are here:
Home About Us Who We Are 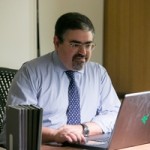 Daniel has been Middle School Dean at the Dalton School, Upper School Dean at Brooklyn Friends School and Director of Student Life at the Lycée Français de New York, all independent schools in New York City. He has taught Philosophy and Education at Columbia University Teachers College, where he received the William Heard Kilpatrick Fellowship and the Maxine Greene Fellowship. Before becoming a school administrator, he was a classroom teacher of English and a technology facilitator at the middle and high school level. Daniel was educated at the University of Pennsylvania, Bank Street College of Education and Teachers College, Columbia University.

Dan Kohane is a Professor of Anesthesia at Harvard Medical School and a Senior Associate in Pediatric Critical Care at Boston Children’s Hospital, where he directs the Laboratory for Bio-materials and Drug Delivery.

Henry Lihn is a consultant to new technology startups in New York City. He specializes in the development of internal and external sales teams.

Robin Miller is a commercial litigator in private practice. She is the former Director and General Counsel of the Authors Guild and a director of the Middle Grades Partnership in Baltimore, Maryland.

Philip Powers is a Senior Vice President in charge of commercial lending at Boston Private Bank and Trust Company in Los Angeles, California.

Paul Druzinsky is Interim Head of School at Avery Coonley School in Chicago.

Robbie McClintock is the John L. and Sue Ann Weinberg Professor Emeritus in the Historical and Philosophical Foundations of Education at Teachers College, Columbia University.

Dan Paradis is Head of School at the Park School in Baltimore, Maryland.

Peter Sommer is Head of School at Cambridge Friends School in Cambridge, Massachusetts.

“… should be cloned.”
– Independent school parent

“ … is the kind of person I’d go to work for in a hot second.”
– Public school teacher

“… is the best boss I’ve ever had.”
– Support staff member

“… is one of the smartest people I know.”
– University professor

“… is, above all, a great listener.”
– Independent school alumna