You are here:
Home The Study Guide

Our Blog: Resources & Information about Study

Did You Learn Anything From This Sentence?

Here’s a presentation on study that I made last weekend at the Association for Moral Education national conference in Pasadena, CA.  It had a rather long title:  “An Architecture of Study, The Central Virtue of Formal Schooling, Placed in Dialogic Relation with Works of Conceptual Art And Quotations from Conceptual Artists: Then There Is the Idea, Which Is Always Unstated.”

I’ve reduced the title to its central question.

For those interested in this type of  thing, here is the abstract.  (The visual learner crowd can just watch the video.)

“Did you learn anything from this sentence?” Through engagement with this question, the film demonstrates that learning requires attention, dialogue (or dialogic reflection), and interpretation. Each of these is further examined. Works of conceptual art and quotations from artists and philosophers are interspersed without comment. We conclude that we learned from the original question because we took it seriously, reflected on it, and forged a personal understanding based on our appreciation and reflective practice. The components of attention, dialogue and interpretation are found to be ethical, not technical, so the legitimate aim of schooling is to inculcate intellectual virtue.

First Video from our Mathematics Seminar

Here is the first video from our May seminar, “Inspiring Depth of Study in Mathematics.” It deals mostly with revitalizing a math department, but the discussion is wide-ranging and the participants touch on many important issues in math education and the process of change. 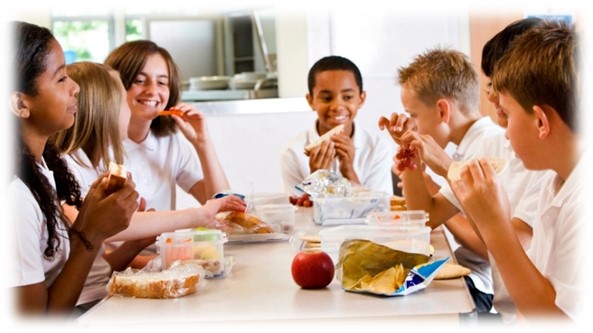 How NOT to Motivate Middle Schoolers

Recently, Educational Leadership ran an article by Rick Wormeli (available here), on motivating young adolescents. He lists twelve “demotivators.” I thought it might be worthwhile to take these one by one and say a few words about them.

When dealing with younger children, it is critically important to remember the percentage of their life that one year represents. If you are ten years old, you will go to high school in four years. That’s about half your lifetime from now. It’s like telling a young teacher, say twenty-seven years old, to wait until she is forty, or a fifty year old administrator to do something because she will see the benefit at seventy-five.

2.  Teachers who talk the whole class period or who speak in long paragraphs when disciplining.

As for speaking in long paragraphs when disciplining – I would avoid it in the classroom not because it is demotivating but because it takes up precious instructional time. On the other hand, I think it is important to speak at length about how and why disciplinary action is taken with middle schoolers – not during class time but afterwards, one-on-one, when the child will not feel singled out in front of her peers. Giving your rationale, even if the student does not agree, shows respect for her as a human being. Of course, this means that you will listen with empathy to the child’s point of view.

3.  Complex assignments that you don’t have the skills to complete and that have no clear evaluative criteria.

Any assignment, complex or not, that the student really does not have the skills to complete is a mark of failure on the teacher’s part. I say really, in italics, because it is wonderfully motivating to discover that you do know how to do something when you thought you didn’t. There’s a fine line between a ball you can catch if you jump and a ball you can’t catch at all.

As for the point about clear evaluative criteria, it’s too large even for this long blog post. I’ll come back to it later,

4. Being told what you’re probably feeling and thinking, even if it’s accurate.

If only “told” were changed to “asked”, you would have a motivator instead of a de-motivator.

5.  Teachers who see teaching middle school as just something to do until a high school position opens up. (Students can tell when they’re not a teacher’s preferred age group.)

6.  Fs, zeroes, and other indicators of failure.

It is almost a shame that this is true. Failure, after all, is the royal road to success. We should celebrate calculated risk, productive mistakes, and wrong turnings that lead to new roads.

7.   Spending the day working on weaknesses, without identifying and using strengths.

Absolutely key. There needs to be mutuality of knowledge regarding student strengths throughout the school. Imagine a faculty meeting at which the sole topic was the hidden strengths of various students in the school, followed up by calls to parents from the teachers to report the complimentary things that were said. The motivating power of those phone calls, not to mention the boost to parent-teacher relations, would be extraordinary.

8.  Being treated like elementary school students. (No more requiring students to march to the cafeteria with their fingers pressed to their lips or clapping hands at the front of the room in a cute rhythm that students must repeat.)

Nobody likes to be babied.

9.   Anyone belittling your strong emotional response to something minor in your life.

As with number 1. It is important to have some kind of handle on the social and cultural existence of your students. No valid emotional response should be trivialized.

10.  Classes that claim to be relevant to your life but that deny you access to personal technology during lessons.

Here I think it’s important that teachers and schools be consistent. The divorce from technology does not have to be demotivating, if the teacher does not use technology herself and has earned the respect of the students. If Mr. X does not allow laptop computers and cell phones in his classroom, does not use them himself, and can successfully communicate his passion for books, pencils, reading aloud and the like, he may find himself a bit out of place in student world, but perhaps respected nonetheless as a charming eccentric. One can imagine a group of eighth graders: “Oh yeah, Mr. X’s room. Tech-free zone. But you know, we have these great discussions…”

11.  Unwavering adherence to pacing guides or program fidelity, regardless of individual needs and talents.

That is, the individual needs and talents of students and of the teacher.

Here it pays to be very clear. Middle school students are masters of sarcasm, and they love it. What I assume the author is talking about is sarcasm versus the child, versus the curriculum, or versus something valued by the students. Sarcasm has to be played carefully, but is not necessarily demotivating when directed at the popular adult culture, the marketing juggernaut aimed squarely at middle school kids, the anti-intellectualism of the general population, etc.

Thanks to Rick Wormeli for a great article. Perhaps next week I will comment on the six motivators he describes. 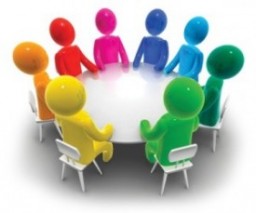 The House of Study held its first professional development seminar, “Inspiring Depth of Study in Mathematics,” on Friday, May 16. Ten math education professionals joined us for a full day of conversation.

80% of the attendees found the conversation helpful or very helpful for their own professional development. Seminar leaders were unanimously rated excellent or very good, both as conversational facilitators and as experts in their own right.

Our thanks to our workshop leaders and seminar partners: Hal Melnick and Linda Metnetsky from the Bankstreet graduate school program in leadership in math education and Lucy West from Metamorphosis TLC.

Our thanks also for the invaluable assistance provided by Josh Greenspan, Richard Dinardo, Craig Paulson, and the office staff at 1745 Broadway.

More information can be found on our website, www.houseofstudy.com/previous-seminars. We look forward to sharing the entire proceedings on the web, free of charge, once video and audio editing has been completed. 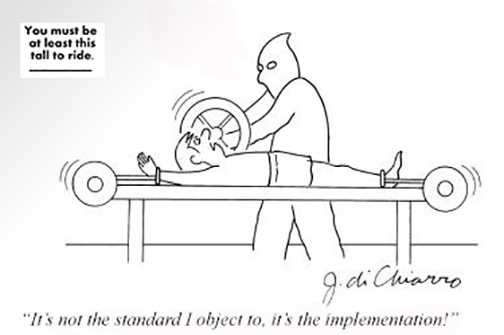 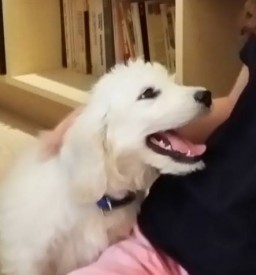 I think our new puppy was a school reformer…

I think our new puppy was a school reformer in a previous life, because….

…if he hasn’t seen something in a while, he thinks it’s brand new.

END_OF_DOCUMENT_TOKEN_TO_BE_REPLACED 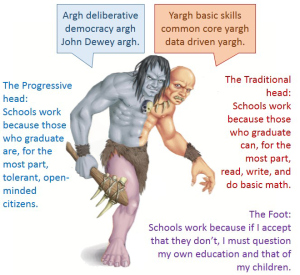 An ettin is a two-headed giant. Thus, the Dichotomous Dissent. Click HERE, please, for the full sized horror.  We must defeat this monster. 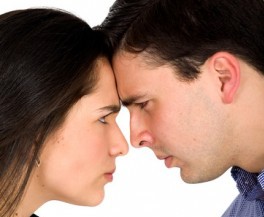 Many words to be seen, so please, FULL SCREEN. 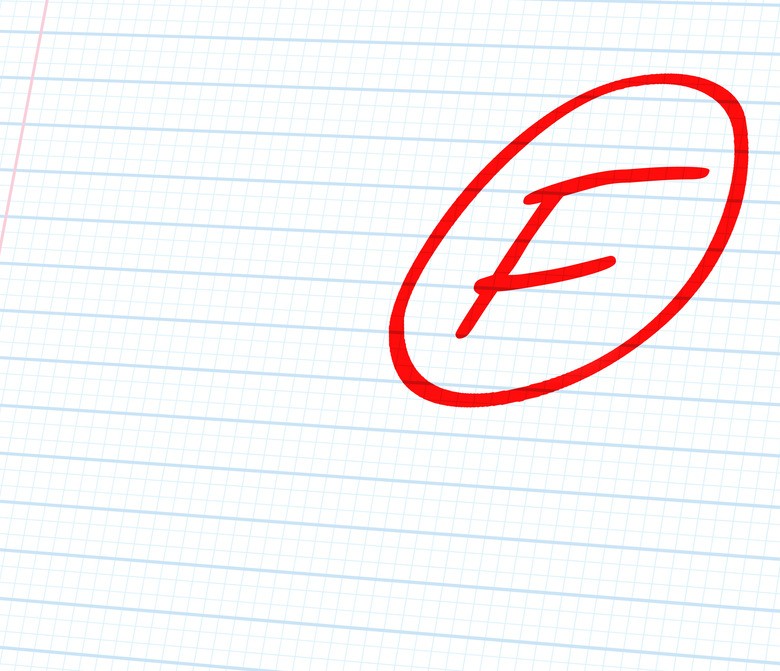 The first radical thesis: schooling fails. It fails to do what it ought to do.

END_OF_DOCUMENT_TOKEN_TO_BE_REPLACED 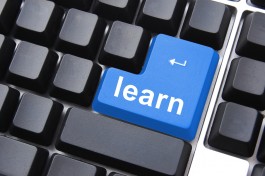 Why NOT to read this blog.

This blog is about school, but it will not teach you why your child can’t read, write, or do math. You won’t discover why he or she can’t pay attention, stay off drugs, or get to school on time. You can’t learn these things from a blog.